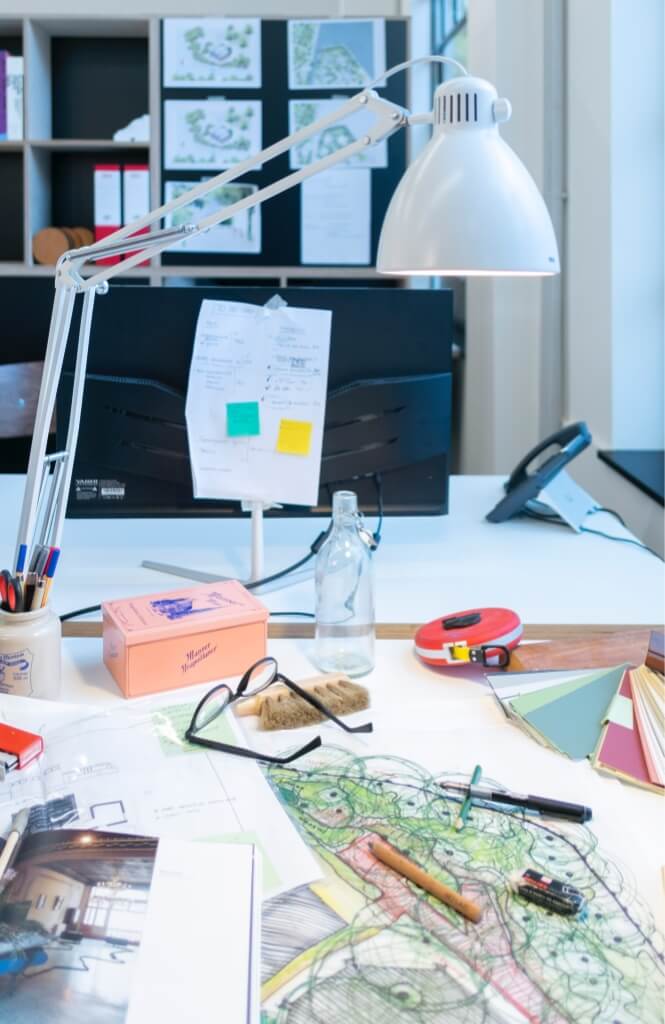 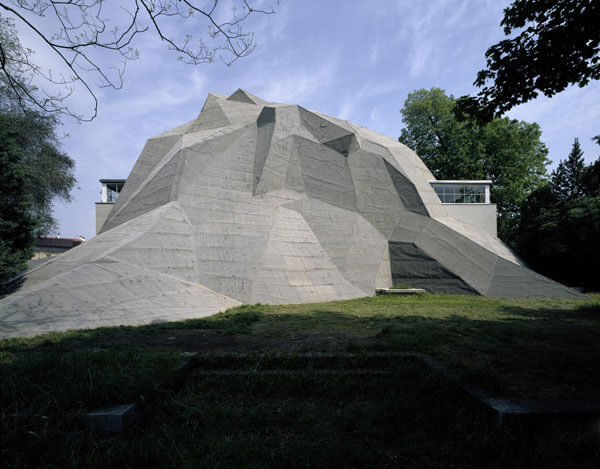 Hans Schabus represented Austria at the 51st Venice Biennale. The project radically transformed the landscape in which the Austrian pavilion stood, although the presence of the building remained very evident.
M+B Studio accompanied the artist with several revisions of the project. We reviewed the exhibition’s drawings, assessing the complexity of the structure, static and safety aspects, and feasibility on site. M+B Studio took care of the Biennale submission procedure by keeping in touch with the Biennale, the Heritage Office, and the local municipality, to facilitate the project confirmation as it includes a significant number of external installations.

“[…] A meticulous process of drawing closer is also the basis of the present work for the Austrian Pavilion. This process spans from the artist’s research in his studio in Vienna to the former Hapsburg Kanaltal presented in the form of a film with aerial views of the narrow valley and touristy Venice, ending with the Austrian pavilion. The pavilion is to be found on the island S. Elena in Venice, which was formed with materials from demolished houses and excavations from the recently constructed industrial port in the late nineteenth century. At first, the new island was a fallow field and used by the Italian army for exercises. In the 1920s, a housing estate for the working class was built under Benito Mussolini, and a small part of the terrain was ceded to the Biennale di Venezia, which had been founded in 1895. In 1935, the Austrian Pavilion was built, based on plans by Josef Hoffmann, in the section at the far end. The historical background, the history of the first world fairs, and the nature of the listed pavilion are the determinant parameters for Hans Schabuss work (pavilionization was a novelty introduced by the Vienna World Fair of 1873, by the way). On the Biennial premises, the Austrian Pavilion marks an end, a demarcation line: the art area in front of it, the city behind it. Though the building opens like a gate, it leads nowhere. Deconstructing the structure, Schabus translates it into a new function. In lieu of the accessible public building, the viewer is confronted with a massive barrier, with an object lacking a visible opening. Hans Schabus mantles the pavilion, endowing it with a new identity, which dominates it and makes it disappear. It is not the pavilion which imposes itself on the artwork but the artwork that imposes itself on the pavilion. The former exterior turns into an interior which brings to mind Giovanni Battista Piranesi’s Carceri. The pavilion has been transformed into an Alpine fortress with galleries leading us to the summit from darkness into the light, from the underground to a safe place should the waters rise again in the city with its lagoons and islands. Venice will be faced with a definitely novel Austrian Pavilion”.
(From the press release, on E-Flux) 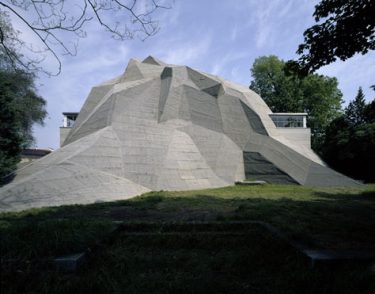 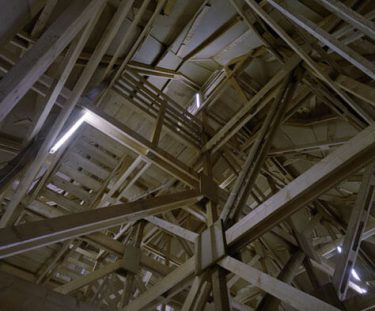 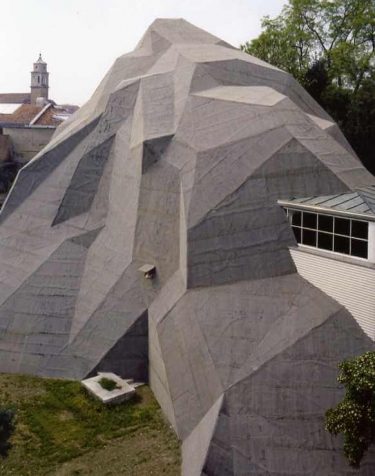 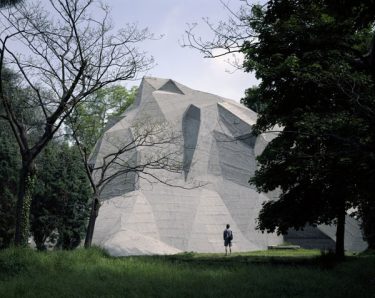 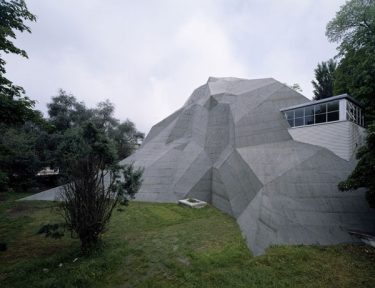 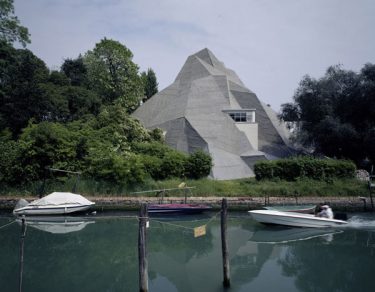 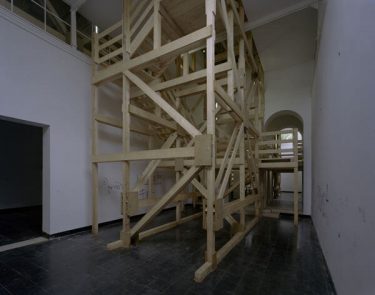 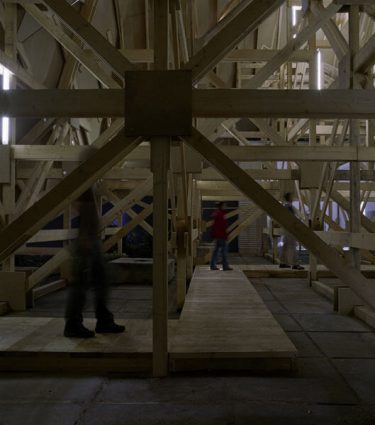 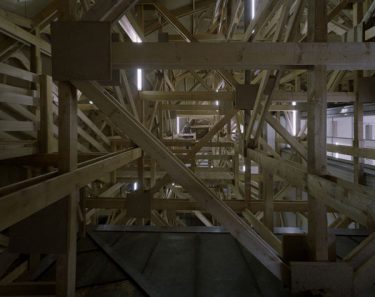 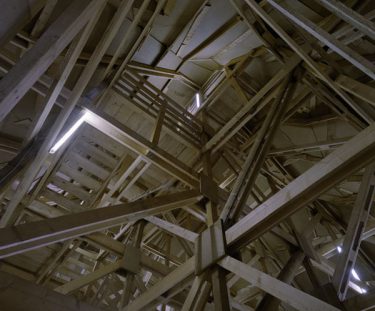 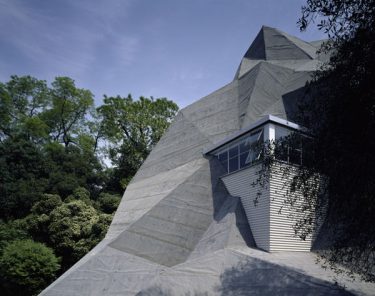 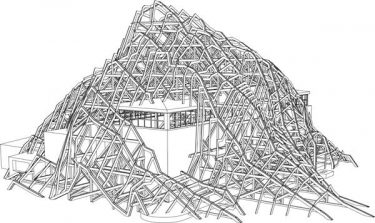 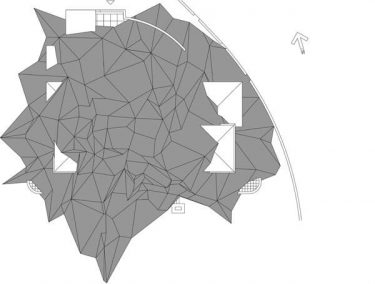